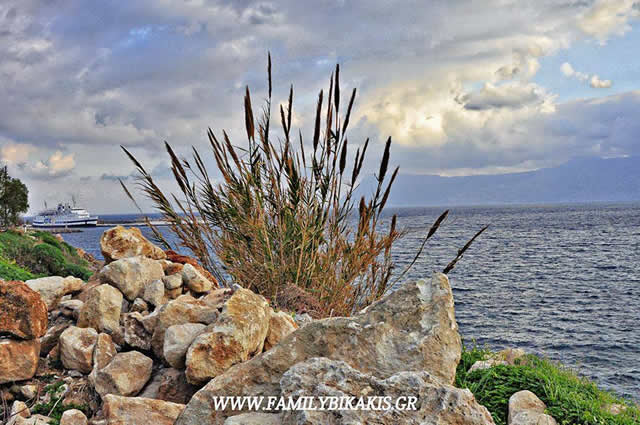 Kissamos is a modern seaside town, located 36 kilometers outside of Chania and has a population of 5,000. The advantage of this city, however, is that the tourism it has received has not altered it, leaving it to retain its picturesque character. Kissamos has many historical sights that you can visit and explore. Some of these will be discussed below.

Telonio Beach: This is a unique beach that stretches along the coastal pedestrian street. There you will find crowded café-bars and restaurants open from morning until late at night. We recommend that you visit it not so much for swimming but for her beautiful atmosphere.

Kissamos Archaeological Museum: The Kissamos Archaeological Museum is located in the central square of Stratigos Tzanakaki. It hosts remarkable finds of the area from Roman Hellenistic times to its modern sites. Most remarkable are the mosaics which have remained unchanged over time. The activities of this Museum started in 2005 and the exhibition is divided into sections based on chronological and local criteria and is distributed on the ground floor and first floor of the building. In summary, on the ground floor you will find findings dating from the geometric period up to the Roman period. On the floor you will find finds dedicated to the city of Kissamos throughout its historical course throughout the year, such as coins, mosaic floors, pictorial representations, amphorae, objects of daily use, and findings from the tombs of Falasarna and Polyrrin. So the Kissamos Archaeological Museum is definitely worth a visit.

Kastelli of Kissamos: Kastelli of Kissamos, which has been renamed Kissamos since 1966, is a small picturesque town stretching from the Myrtilos or Kissamos Gulf, between the peninsula of Gramvousa and Spatha. It owes its name to the Venetian fortress that was built there. The shape of the fortress was an asymmetrical pentagon and, like all Venetian fortresses, had barracks, prisons, a chapel and a well. Its historical route dates back to the beginning of the 13th century, with an important place in the revolutions against the Venetians and the Ottoman Empire, as well as in the Greek-Turkish War of 1897.

In conclusion, we have discussed some of the sights of Kissamos that will be able to satisfy you. This is because they combine both the youthful atmosphere one would look for in a summer vacation and information about the history of the city you chose as your vacation destination.